The idea for a sovereign wealth fund 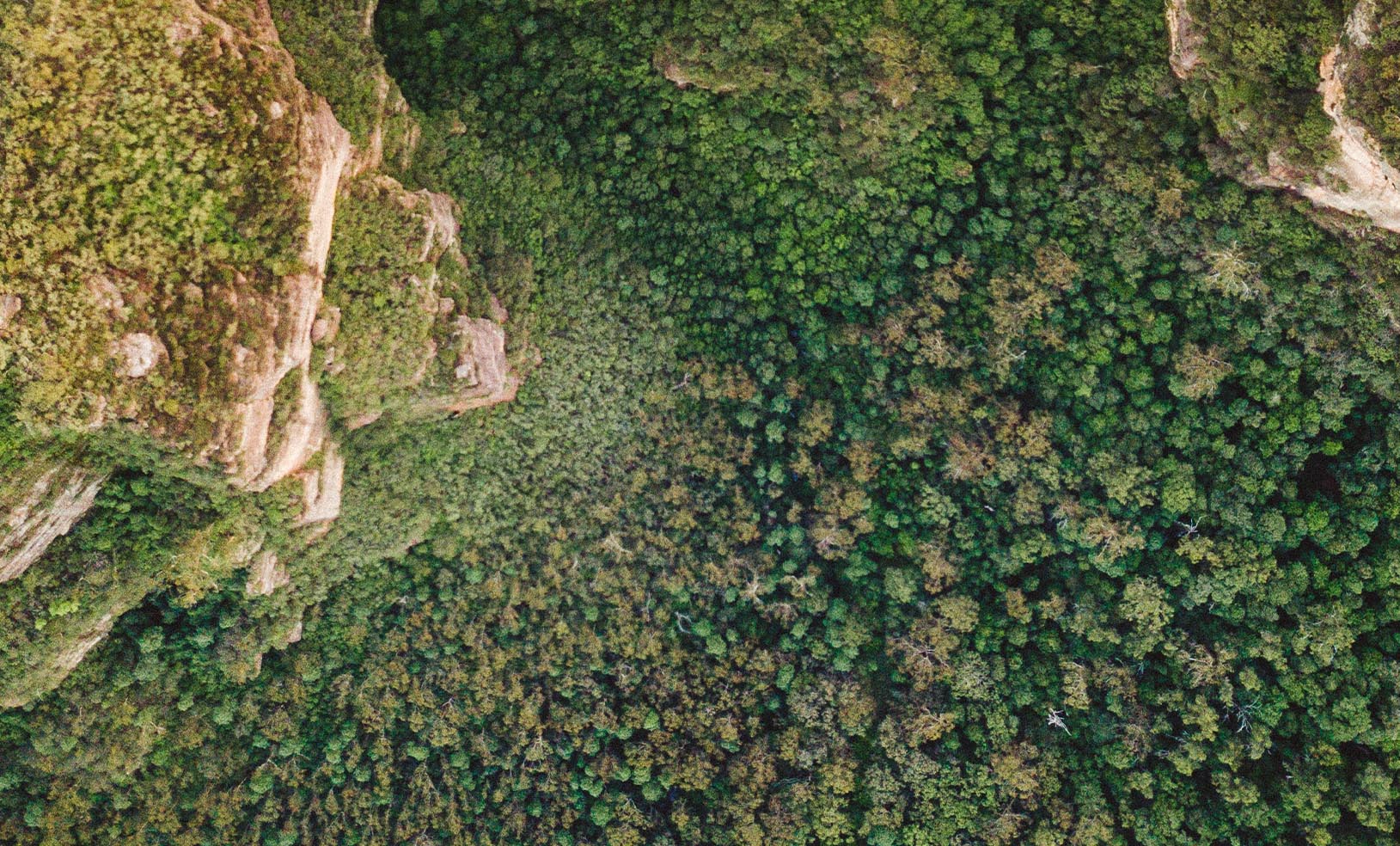 As Australia entered the new millennium, there was a strong sense of confidence and optimism in the country.

Unemployment was falling and incomes were rising. The country had hosted the world with a very successful Sydney Olympic Games.

The Commonwealth Budget was in surplus. The tax system had been modernised with the introduction of a GST and cuts in income and company taxes. After running up debt in the wake of the 1991 recession, the Government was paying it back and reducing the servicing costs of accumulated government borrowing.

In 2002, then Federal Treasurer, Peter Costello, commissioned the Treasury to prepare a landmark report – the Intergenerational Report – to look at the long-term issues facing the nation and how adequately current generations were preparing for future ones.

It would change the country’s discourse.

The message was stark and shocking. However well the Government was managing the issues of the day, Australia’s ageing population would put immense stress on public finances, especially on health and aged care spending, over the next four decades.

Total Government spending would begin to exceed revenue within 15 years and by 2041—42, those demands would strip the equivalent of 5% from annual GDP.1

“It really transfixed public attention at the time, and it fed into a big debate about the ageing of the population,” Peter Costello says today. “It put the focus on the dependency ratio – the proportion of those out of the workforce depending on those in it – and how we would be running out of working taxpayers to support those who had retired.”

There were no easy solutions. The Pharmaceutical Benefits Scheme was tweaked. A baby bonus to lift population in the younger cohort was unveiled, and Peter Costello famously encouraged Australians to have more children with “one for mum, one for dad and one for the country”. Migration levels were increased.

While those long-term issues began to percolate through the national consciousness, the immediate economy remained strong. The Coalition Government continued to post Budget surpluses and, in less than a decade, had almost eliminated the country’s accumulated net debt as a proportion of GDP.2

“As debt was being significantly reduced we saw the prospect of eliminating it altogether and began thinking – if we didn’t need to borrow, why would we still issue Commonwealth Government bonds?” Peter Costello says.

“As debt was being significantly reduced we saw the prospect of eliminating it altogether and began thinking – if we didn’t need to borrow, why would we still issue Commonwealth Government bonds?” Peter Costello says.

“Government or sovereign bonds are the lifeblood of the financial system. They are highly liquid, and government guaranteed. All major sovereign countries issue them. Although their primary purpose is to allow a government to borrow, trading in the bonds establishes the yield curve. It becomes the benchmark for other borrowers – state governments and institutions as well as the private sector. The financial markets were unnerved at the prospect that there might be no Australian Government securities on issue to underpin and price the debt market.

“The Government had to think about the prospect that the repayment of debt might be so successful it would eliminate government securities and possibly dislocate the financial system.”

Treasury was tasked with solving the problem. It prepared a 165-page discussion paper that offered three solutions. The first option had the most support – wind down the $62 billion Commonwealth Government Securities Market; in effect, close it. The second option – consolidating Commonwealth, state and territory debt markets3 – had already been rejected the previous year.

These pension liabilities arose from defined benefit pensions, where the Government guaranteed employees’ retirement income for life. Rapidly rising life spans had made them unsustainable, and they were being replaced by less generous defined contribution superannuation schemes for newer public servants. But the obligation to fund future pensions for those in the system fell on general (taxpayer) revenues. Public sector defined benefit schemes were never designed to be funded by contributions from the pensioners themselves. They were, and always would be, funded from general revenue.

Craig Thorburn – then working at the Australian Office of Financial Management, which issues the Government’s debt securities – was one of the report’s contributors. He would later be one of the Future Fund’s first employees.

“On this issue, within Treasury there were different groups or factions. There was one group – and I was part of this group – that believed we should be considering setting up a proper asset fund. Some very respected countries with strong democratic governments and financial markets were doing this successfully.”

This proposal was something quite different to topping up Commonwealth Government superannuation schemes. The Treasury paper pointed to countries such as Norway, New Zealand, Canada and Ireland that had set up their own asset funds to meet the needs of future generations.5

The report used the word ‘intergenerational’ only five times and the word ‘ageing’ appeared just three, drawing a thin line between the two significant issues.

In the May 2003 Budget, Treasurer Peter Costello resolved the question of the Government bond market by announcing that it would remain open. It meant that if the Government continued to post surpluses, it would ultimately have to build an asset fund. The push for the Commonwealth Securities Market meant assets could be accommodated to meet the pull of the Intergenerational Report.

In the May 2003 Budget, Treasurer Peter Costello resolved the question of the Government bond market by announcing that it would remain open. It meant that if the Government continued to post surpluses it would ultimately have to build an asset fund.

In the lead-up to the October 2004 federal election, Peter Costello unveiled plans to launch the proposed asset fund, to be called the ‘Future Fund’.

It would officially provision for liabilities that would fall on future generations. Debt repayment had dealt with the stock of Government borrowing. The major liability that was outstanding and unfunded at that time were public service pension liabilities.

“The idea was we would put money that was surplus to retiring debt into an asset fund and lock it away for future generations who would need it more,” Costello says.

“We made a lot of saying it could fund outstanding pension liabilities because at that stage they were the only unfunded liabilities the Government had left. It had no net debt. But it was never a superannuation fund. It was money owned by the general government. It was a sovereign wealth fund.”

The Coalition had held power for almost a decade, reshaping Australia with policies across areas as diverse as tax, gun control, national borders and industrial relations. They attracted significant attention and were heavily debated. The Future Fund was another conviction call with profound implications, but one that would not be felt for years to come.

Peter Costello remained undeterred. He saw the Future Fund as one generation’s pledge to pay some of its good fortune forward, despite calls within his own party, from the Prime Minister and others, to use the money now.

“Prime Minister Howard was lukewarm on the whole thing,” he says. “He thought we should spend the money in a way that would bring more electoral return at the ballot box.

“But my view was spending more – or indeed reducing more tax – wouldn’t have been good for the economy because there were inflationary pressures around. There would come a day when the money was needed a lot more and we should start provisioning for that day while we could.

“When you are in politics you focus on the three-year electoral cycle. This was a 20, 30, 40-year idea, so it was a very unusual concept. I’ve got to tell you; it was a very hard sell to colleagues to set it up.”

One month later, the Coalition won its fourth consecutive election. A $60 billion start-up was about to be born.

2Review of the Commonwealth Government Securities Market. Discussion Paper October 2002. Retrieved from https://treasury.gov.au/review/cdmr/discussion-paper. The country’s net debt as a proportion of GDP was cut from almost 20% when it was elected in 1995-96 to 5% in 2001-02.